Poems on Various Subjects, Religious and Moral by Phillis Wheatley

Born in 1753 in Gambia, Phillis Wheatley was captured by slave traders in 1761 and then brought to Boston, Massachusetts where she was sold to the Wheatley family. She soon learned how to read English, Latin, and Greek, and began writing poetry at around fourteen years old. With her work containing influences from both Christianity and her African heritage, she became the first African American woman to publish a book of poetry. In 1776 she also wrote a letter and poem supporting George Washington, who replied with an invitation to come visit him at Cambridge.

UNCC houses a first edition of Poems on Various Subjects, Religious and Moral, which is Wheatley's first collection of poetry. It is also signed by her. 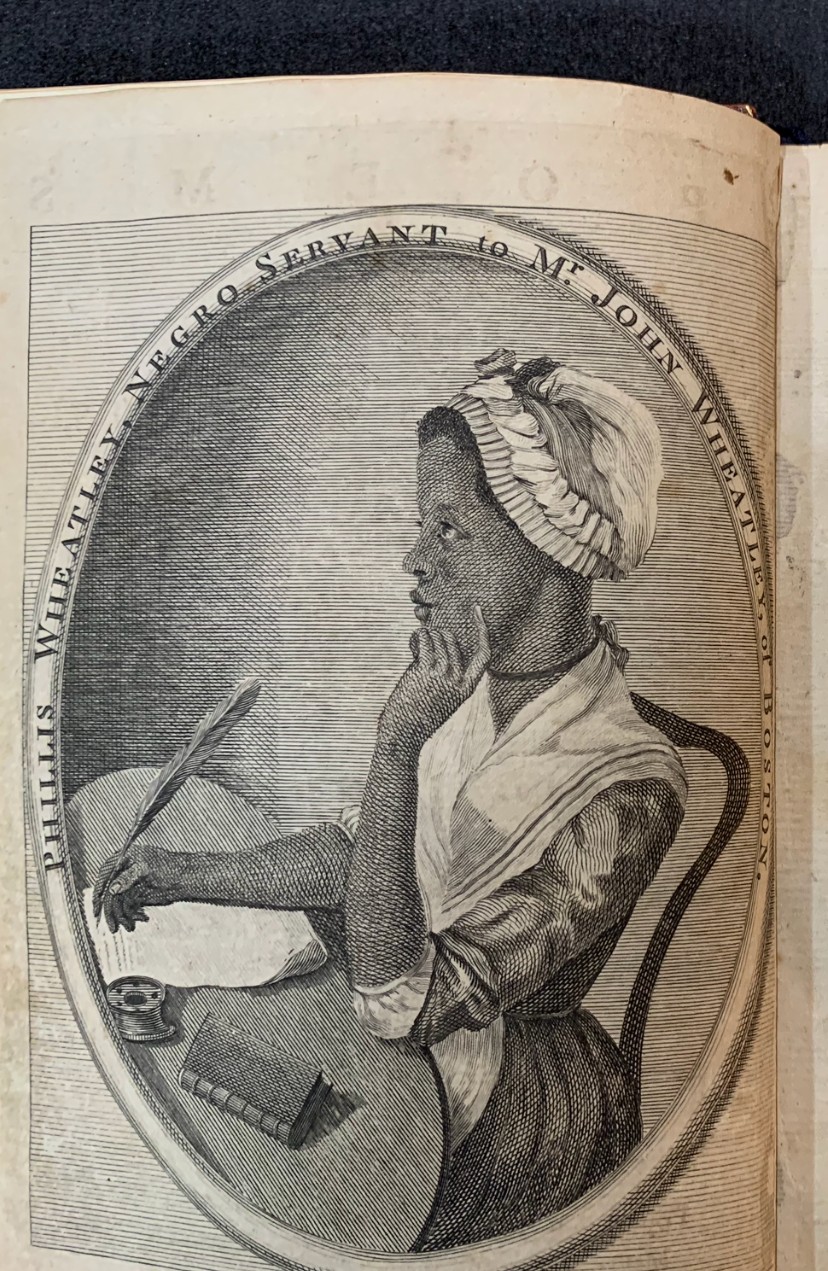 Narrative of the Life of Frederick Douglass

Frederick Douglass was a human rights activist and one of the first African Americans to hold a prominent position in the United States government. Born a slave, Douglass escaped and began speaking and writing on behalf of the abolitionist movement. After purchasing his freedom, he started his own newspaper, the North Star, which ran from 1847 to 1860. During the Civil War, he became a consultant to Abraham Lincoln, and in 1889 was appointed U.S. minister and consul general to Haiti

This 1845 copy includes an engraved portrait of Douglas and a signature from abolitionist William Lloyd Garrison.

The Walls of Jericho by Rudolph Fisher

The Walls of Jericho is the first novel by Harlem Renaissance writer Rudolph Fisher and was published in 1928. Fisher also attended medical school in Washington D.C and was a practicing physician in New York while working on his writing. However, he died in 1934 from what some believe was radiation exposure caused by operating x-ray machines.

Alex Haley is known for his book Roots: The Saga of an American Family, for which he was awarded a special Pulitzer Prize. First published in 1976, Haley traces his family's history back several generations to when his ancestor, Kunta Kinte, was sold into slavery. The book also inspired television adaptations released in 1977, 1979, and 2016.

UNCC's copy is a first edition and is signed by the author.