The Mecklenburg Declaration of Independence is the name of an alleged document signed on May 19, 1775 by about two dozen North Carolina citizens stating their autonomy from Britain. In April 1819, it was reprinted in the newspaper The Raleigh Register, sparking a debate on the authenticity of this event. The original document was said to have been destroyed in a fire in 1800, so the version printed in the paper was reconstructed by Joseph McKnitt Alexander, who said his father had attended the meeting. John Adams, who had never heard of the Mecklenburg Declaration of Independence before this point, then wrote to Thomas Jefferson inquiring what he knew. Jefferson responded by claiming he believed the document to be a fake, especially since there was no original copy. Once Jefferson's stance was revealed after his death in 1829, North Carolina formed an official committee to investigate the validity of the declaration.

The True Origin and Source of the Mecklenburg Declaration of Independence
Call Number: E215.9 .S69 1847
Written by Thomas Smyth and published in 1847.

Defence of the Mecklenburg Declaration of Independence; An Exhaustive Review of and Answer to all Attacks on the Declaration
Call Number: E215.9 .M82
Written by James Hall Moore and published in 1908.

William Holden worked in the newspaper business before becoming involved in politics. In 1865, just after the Civil War had ended, he was appointed provisional governor of North Carolina by President Andrew Jackson and oversaw reconstruction efforts within the state. He became governor again in 1868, but became the first one in American history to be impeached in 1871 following a confrontation with the Ku Klux Klan. However, the North Carolina State Senate offically pardoned Holden in 2011.

This series of books consisting of three volumes was printed in 1871 and covers the proceedings of Holden's impeachment.

School History of North Carolina: From 1584 to the Present

Written by historian John Wheeler Moore, School History served as a standard textbook for public schools in the state for several years. This particular copy from 1884 includes doodles on the title page made by a previous owner. 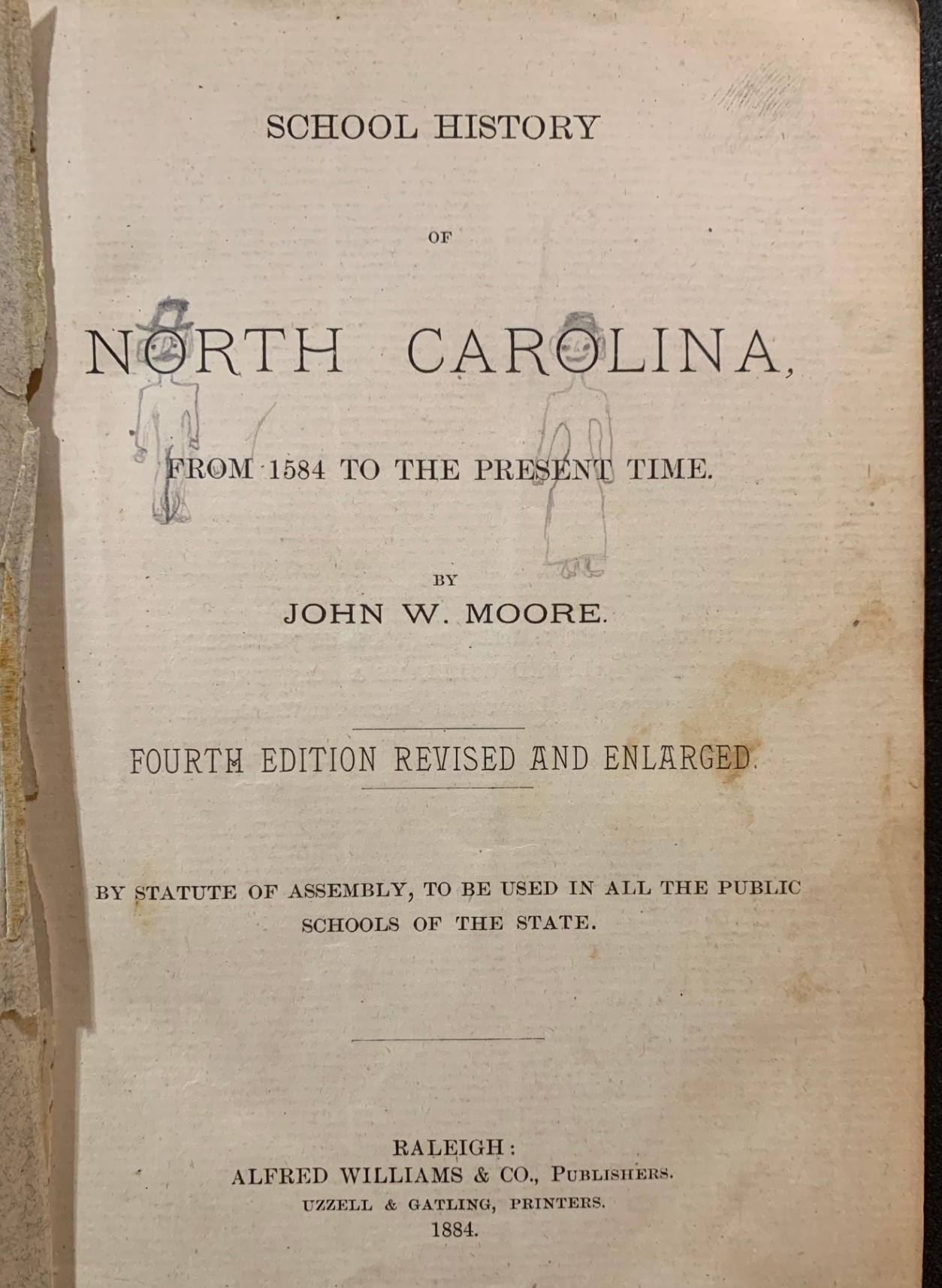 The building that would one day become the Mint Museum was first built in 1837 and was the first branch of the United States Mint to be established outside of Philadelphia. After several years of vacancy in the 1930s, the building was scheduled for demolition, but a group of locals began to campaign to turn it into an art museum. They were led by Mary Myers Dwelle, whose father built the Myers Park area of Charlotte. A grant was given by the Emergency Relief Administration to physically move the old mint building to the neighborhood of Eastover. The Mint Museum then opened in 1936 as the first art museum in North Carolina.

Introducing Queen Charlotte to her Namesake
Call Number: DA506.A3 D89 1935
A pamphlet about Queen Charlotte written by Dwelle to coincide with the opening of the museum. 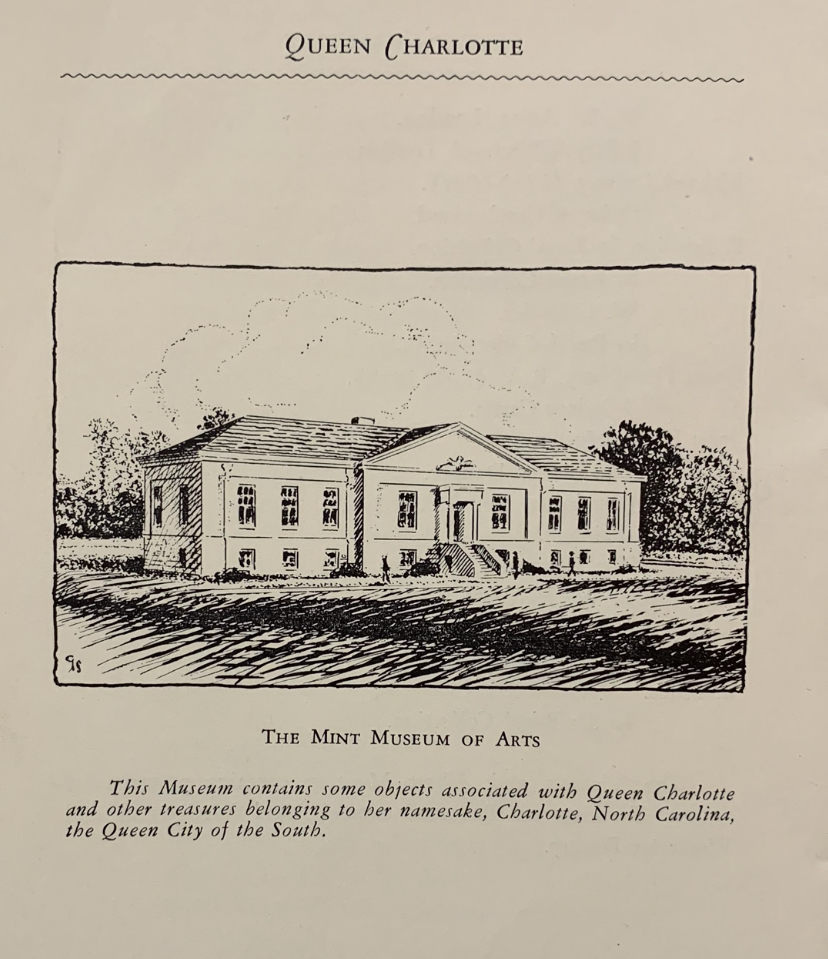