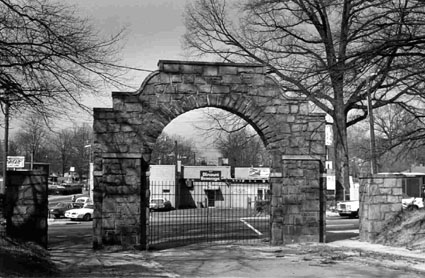 The history of Biddleville is entrenched with the history of Johnson C. Smith University, Charlotte’s notable HBCU. Biddleville is often noted as Charlotte’s oldest surviving Black neighborhood, having formed around Henry J. Biddle Memorial Institute, a reconstruction-era institution used to train Black preachers and teachers. Beginning in 1871 to house those associated with the institution, the neighborhood would not began to be connected to greater Charlotte until the 1900s, when the addition of more neighborhoods marked the city’s growth.1

The neighborhood is synonymous with Charlotte’s African American history. Biddle Institute was erected to “train leaders for the newly freed black population;” a radical notion in 1867. It was the first president of the institution, white Rev. Stephen Mattoon, who helped plant the seeds that become the neighborhood. Mattoon sold tracts of land adjacent to the school to Black residents wanting to build near the college. In 1876 the Institute was renamed Biddle University and by 1891 boasted its first Black president, Rev. Daniel J. Sanders. In 1923 the school was renamed Johnson C. Smith University after Smith’s widow donated funds for eight new campus structures.2

Hanchett notes that Biddleville has more of a “village” feel, with narrow lanes and homes predating World War II. That’s in part because the neighborhood did not adopt the typical block pattern of housing, with villages arranged to create a central square. Instead lines of houses appeared; a pattern that Hanchett explains is reminiscent of the rows of cabins seen in slave quarters.3

As a community, Biddleville served the University. It became a favored residential area for the Black elite who felt a cultural connection living there, and who wished to raise their children in an “intellectual atmosphere.” Hanchett notes “Residents included not only college students, professors and alumni, but also public school teachers, including public school principals.”4 Around the turn of the century, the city incorporated Biddleville and trolley service was extended to the area in 1903.

Urban renewal efforts in the 1960s transformed Biddleville’s neighboring white communities, Roslyn Heights, Smallwood and Western Heights, into mostly African American communities. Biddleville remained a Black neighborhood, supported by its connection to JCSU. It would also become the epicenter of the Charlotte Civil Rights battle. Both Charles Jones and Counts-Scoggins grew up in the community. Jones was a leading figure in the movement to integrate Charlotte’s public places and schools. In 1960, he led JCSU students in a peaceful protest of Charlotte’s segregated Woolworth lunch counter; an act that sparked the city to integrate its restaurants. Dorothy Counts-Scoggins was one of four students chosen to integrate Charlotte’s schools in 1957.5

In the 1970s, Biddleville suffered in much the same way as other inner-city neighborhoods. Crime rates began to rise and jobs migrated out of the city, to suburbs. In the 1980s and 1990s, the community was plagued by the cocaine and crack epidemics. But neighbors battled for their historic community by developing community organizations and working with police to combat drugs and crime. Over the next twenty years, the community managed to turn these problems around.6 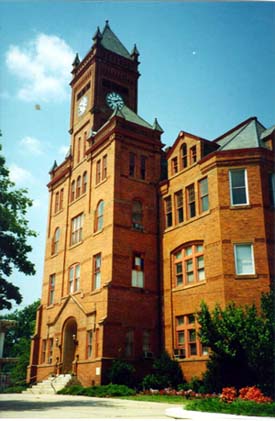 The Charlotte Observer published an article in May, 2016 discussing the demographic shift occurring in Biddleville. In 2000, ninety-six percent of the population was Black but by 2016 one quarter of the community was white. While white immigrant into the neighborhood brings new investment, revival and diversity, there is also the threat of urban renewal; an obvious controversial legacy for Charlotte’s historically Black neighborhoods. New construction and renovation usually mean rising taxes that could force long-time residents out; how they will affect Biddleville, we must wait and see. At 78, Charles Jones still lives in what he calls “the beloved community” greeting new neighbors and remaining optimistic. At 73, Dorothy Counts-Scoggins is also still active in her community and remains hopeful that the community’s recent resurgence might help revitalize the area, bringing retail that might transform Biddleville to the neighborhood of her youth. Biddleville has the potential to be the community in which gentrification worked, in which diversity thrives; an example to other Charlotte communities that might see these same patterns next.7

Ted Fillette interview with the Southern Oral History Program Collection - assesses Charlotte's grassroots activism in reaction to urban renewal in the mid-1970s and how the Biddleville neighborhood organized with his help.

2006 November 18, Discusses her childhood in Biddleville and attending segregated schools.

Three interviews that focus on growing up in Biddleville, attempting to integrate white Harding High School in 1957 and her community activism.

2006 December 7, Ms. Saunders talks about urban renewal and how part of the Biddleville neighborhood was torn down. She also describes some of the other African American neighborhoods in Charlotte, including Greenville and McCrorey Heights.